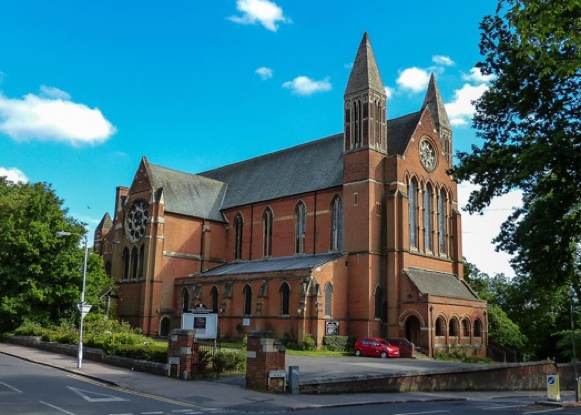 St John the Evangelist is a Grade II* listed building in Upper Norwood, the area taking its name from the Great North Wood, an extensive natural oak forest dating to at least 1272. By the early 19th century, the forest had been largely cleared and Norwood Heights became a popular area for the more affluent who were attracted by the clean air and dramatic views. The relocation in 1854 of The Crystal Palace from Hyde Park brought huge change and saw significant housing development and the church is surrounded by large Victorian villas as well as more recent buildings. Today it is a parish church, community hub and the permanent home of the London Mozart Players.

St John’s had been subsiding for 25 years and there was a risk the roof would cave in if urgent action wasn’t undertaken. The purpose of this project was to underpin the tower and external walls of the South Aisle and Lady Chapel and deliver a series of heritage activities to engage the local community. Floors were re-laid and netting to capture falling masonry was removed, opening up this part of the church to the public. The heritage activities included hard hat tours, guided tours, public talks, a temporary exhibition, leaflets and record of the work. There were a number of unexpected outcomes including new partnerships with other Pearson designed churches, local schools and colleges which can be built on in the future.

My role was to support the Priest and Parish Clerk with evaluation of the project. I developed an outcomes framework for them and we evaluated the project by focusing on the difference the project had made to the heritage, people and community. We collected data via surveys, feedback and created a photographic archive. I interviewed the project team to identify what had gone well, less well and what they might do differently so lessons could be learnt for the Church and other projects. We also explored unexpected outcomes of the project and legacy.